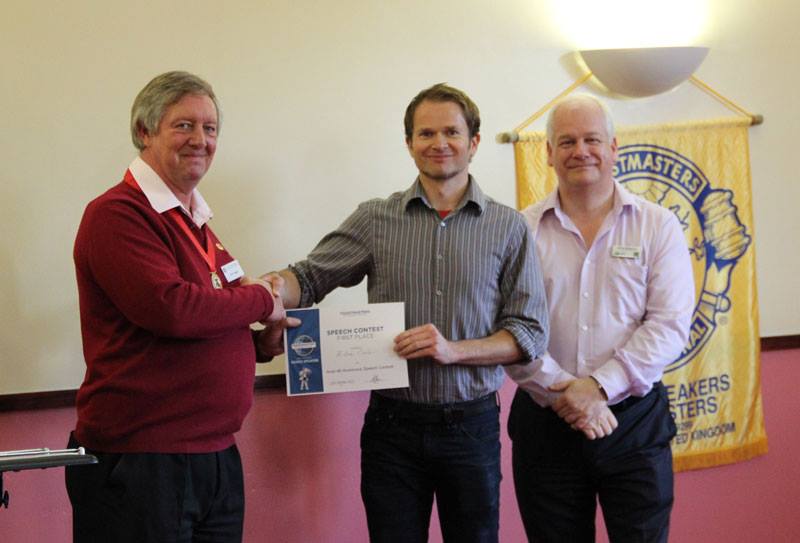 On Saturday, 12 October 2013, Hamwic Speakers Robin and Anne represented our club in the Area 46 Humorous and Table Topics Speech contests. They both did a brilliant job and we couldn’t be more proud of them!

A dedicated and experienced toastmaster, Anne entered the contest because although she has facilitated contests before (as judge, chief judge and counter), she had “never seen the process from the other side.” She chose to compete in Table Topics because she’s not so fond of preparing speeches, and Table Topics allowed her to take part without a lot of prior preparation (editor’s note – she’s also great at it)!

Robin, who very recently joined Hamwic Speakers from another Toastmasters club, entered the Humorous contest because he saw it as a fun way to try out comedic writing. With a speech titled, “Affairs of the Heart,” Robin sure did make us laugh at the Hamwic Speakers and Area 46 competitions… and he won first place! 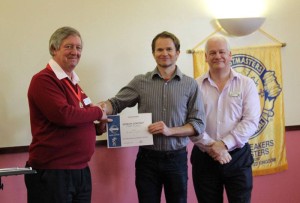 Tips from our contestants

Anne’s tip for Table Topics is… practice! She recommends trying with different topics masters and getting feedback from the group.  She says “with some people [she] does really well with their questions, but with other people [she can] fall a little flat – so getting lots of practice with different people setting the questions is key.”

Interested in polishing up your impromptu speaking skills? Why not volunteer for table topics at our next meeting!

Robin explains that you can learn a lot from entering a speech contest. He says “you get a chance to experience fellow contestants successes and as the contest progresses, the quality of the speeches also improves substantially.” From competing in this contest, Robin learnt the power of a strong speech opening and “trying to engage an audience from the first few sentences – rather than building slowly from a more descriptive stance.”

Would they recommend it?

Anne feels “it’s a great way to give yourself a new experience,” and Robin says that he “would always encourage anybody to give a speech contest a go. There is nothing to lose. It’s another chance to get out in front of an audience and speak. You can see what works and what could be improved.”

In Robin’s words: “the bottom line is its fun, if not slightly nerve wrecking!”

Interested in competing in the speech contests? The International and Evaluation speech contests will take place in the Spring. Why not give it a go?!

Also, come cheer on Robin and enjoy some great workshops this Sunday (27 October, 2013) at the District J competition!